How Astral Aerial is Using Drone Technology for GIS in Africa

Astral Aerial is a Newspace company in Africa, offering drone services that provide a new dimension to logistics, aerial photography, aerial surveillance reconnaissance, inspections, among others. Astral Aerial uses drone technology to map farms towards enhancing sustainable agricultural practices. Space in Africa spoke to Julie Makena, a Mechanical Engineer at Astral Aerial, on the scope of their operations, their projections in the industry, and challenges.

Please give us an overview of what you do at Aerial Astral.

Astral Aerial is a drone operator and drone service provider. I work as a Mechanical engineer and Safety Officer. My job entails managing the safe operations of our drones, our personnel and the protection of individuals or property that may be affected by our drone operations.

Astral Aerial is involved in different drone activities. We are engaged in agriculture (that is agriculture mapping and agricultural spraying), cargo transportation, among others. We have different drones that are set to operate in Kenya for cargo transportation. For example, the Flyox large cargo drone, which has a range of up to 1200Km; the drone is specially designed for operating routes to inaccessible areas. We also have cargo drones for smaller cargo for applications like e-commerce deliveries. We have partnered with Drone Delivery Canada, a Canadian drone manufacturer, for such delivery applications. We have also partnered with Wingcopter (drone manufacturer) for medical deliveries.

So far Astral Aerial has made a couple of milestones since our founding in 2016. We won the IATA Air Cargo Global Innovation Award for our UAV Traffic Management system (UTM) in 2017, the Africa for future accelerator program by Airbus in 2018; we are also part of the World Bank disruptive agricultural technology program for data analytics and agricultural intelligence since 2019. Here, we use drone technology to carry out agricultural mapping for small scale farmers. We have been doing this since 2019, and we have mapped up to 2500 farmers.

Astral Aerial is a part of the Astral Aviation group of companies. How has it helped as an affiliate?

Astral Aviation is a Kenyan Cargo airline that has been operational for 20 years. It is heavily involved in the transport of humanitarian cargo. Astral Aviation identified a need to access inaccessible areas, especially when supplying critical humanitarian supplies. They found that aircraft are limited to locations that have airport infrastructure. That is where the idea for Astral Aerial was born so as implement drone technology to complement cargo transportation to naturally inaccessible areas. Through Astral Aviation, Astral Aerial was born.

As a company that focuses mainly on UAV and drone technology, how would you describe your access to the African UAV market and to people who need the services that you provide?

We realised that for different situations, there were various challenges in our target markets that drones could solve. For example in a case like flooding in Kenya, you find that roads are so damaged and we can’t access those places. We identified a need to implement technology that can be able to solve that problem quickly because we can’t wait until road transportation is developed in these specific locations.

In agriculture, we discovered there was minimal use of technology which led to farmers experiencing a lot of crop wastage and crop spoilage. With drone technology, we found that they could be able to identify problems at the onset which gave them the opportunity for quick mitigation, thus preventing such unfortunate outcomes.

For us, drone technology solves these challenges that affect the African market more affordably. In terms of access to the market, we can discuss Kenya as a case study where we did not have drone technology regulations until 2017. Soon after promulgation, they were annulled because of safety and security concerns and were later promulgated in 2020. Because of that, access to the market was relatively slow; there wasn’t much that could be done commercially at the time. We therefore could not access the Kenyan market. Now that we have the Kenyan RPAS regulations, opportunities are opening up exponentially and so there is a lot in store for 2021 in Agriculture, cargo delivery, UAV training and finally a humanitarian response.

2020 has been a challenging year, how were you able to navigate through the year despite the lockdown and the impact of the pandemic?

We were actually forced to restructure our approach to project execution. Fortunately, with the ongoing projects this year, we were able to streamline our operations to only those personnel that are directly involved, while the rest of our teams worked remotely. For example, with the World Bank’s Agricultural monitoring project where we are mapping small scale farmers in different counties; we did flight planning remotely and only went flying once we have established a safe and spacious take-off and landing site from where we could control all our mapping operations while maintaining precautionary health guidelines.

Yes, there were challenges as we had to streamline the way we carry out projects, but we were able to overcome them.

Considering that Astral Aerial has been able to adapt to this more cost-effective model, will you maintain it in 2021?

You already mentioned its advantage, and we are glad we have discovered this new method of operation so yes, we are going to continue using it moving forward.

Your company operates on three mantras: “access the inaccessible”, “connect the disconnected”, and “reach the unreachable”, what do they represent in terms of how you engage the market?

Accessing the inaccessible; as I have mentioned, you’d find that for cargo delivery, we have this essential cargo that needs to be delivered urgently. For instance: food supplies, vaccines, etc. And it needs to get to a particular region within a specific time period. Owing to damaged road networks, or insecurity, the vulnerable communities might not be able to access such. At Astral, accessing the inaccessible is using drone tech to overcome those barriers and reach the unreachable as well as connect the disconnected. In addition to that, we also seek to use drone technology as a way of improving our contemporary approach to doing things. In Agriculture, drone technology provides digitised agricultural data to farmers, which enables them to better showcase their farms, opening up opportunities for them in the digital space. An example is a large scale maize farmer for whom we produced digital maps of his farms that he later used to showcase his farm to potential investors.

In 2017 you won the IATA, in 2018 Airbus Africa for the future accelerator program, in 2019, World bank; how have all these accolades contributed to funding Astral Aerial?

For us, the awards we have won have given us a lot of traction in the industry. You have to realise drone technology is a very new technology not just for people in the aviation industry but also in different sectors that need drone services. With the awards, we’ve been able to show that this technology can be used in a way that a lot of people were not aware of.

With the world bank, we have been able to access thousands of farmers, and with that, we have gained technology adoption and help them implement this new technology. By being involved in that project, we are also able to interact with government officials and provide training to them on the interpretation of the agricultural maps that we produce. This way it’s easier for government officials to drive drone technology implementation because they can see how this tech can be used to improve farming. For us, the awards have given us traction, and we have been able to prove the value of this technology, thus opening up more funding opportunities.

In terms of expansion in Kenya and across Africa, do you think current regulations limit you?

Yes. The Kenyan RPAS regulations have been a massive leap for us. Going forward, our vision is to be a regional operator and have operations in different countries in Africa. If we can have regulations that serve the African continent as a whole or just other regions like West Africa, it would be a game-changer.

But this relies on the African country’s governments and their openness to our technology. I believe it could be easy to do this with drone tech, even though it hasn’t been achieved with aviation. With the novelty of the technology and the low number of operations in the low altitude airspace, it’s easier to experiment with regional drone operations within safety limits.

What are the projections that you have at Astral Aerial?

We believe that drone technology is the future. Looking at Africa, and other countries across the world. For example, EASA regulations that would be effective from 31st of this year (December 31, 2020) to regulate drone operations across Europe.

We have the vision to be an intra-Africa drone operator and to be able to do that we are advocating tirelessly for regional drone operations. In addition to that, we provide drone training to build capacity in Africa. Our RPAS training academy provides training to individuals not just in Kenya but is open to individuals from different African countries. We have the vision, the technology, and we are also building the capacity to take advantage of the opportunities that are going to come up with increased drone implementation.

What do you think about the development of the African Space Industry vis-a-vis regulations, economic advancement and projections?

The African space industry, different regions/countries in Africa have advanced differently in terms of space exploration; for East Africa, it is that we are steadily developing our activities in Space. In Kenya, we have a space station in Mombasa that is set to train [enthusiasts] and carry out space technology [development].

I believe drone technology is going to accelerate the space exploration. Once we have fully developed our lower altitude airspace operations the next step is to aim up for outer space! 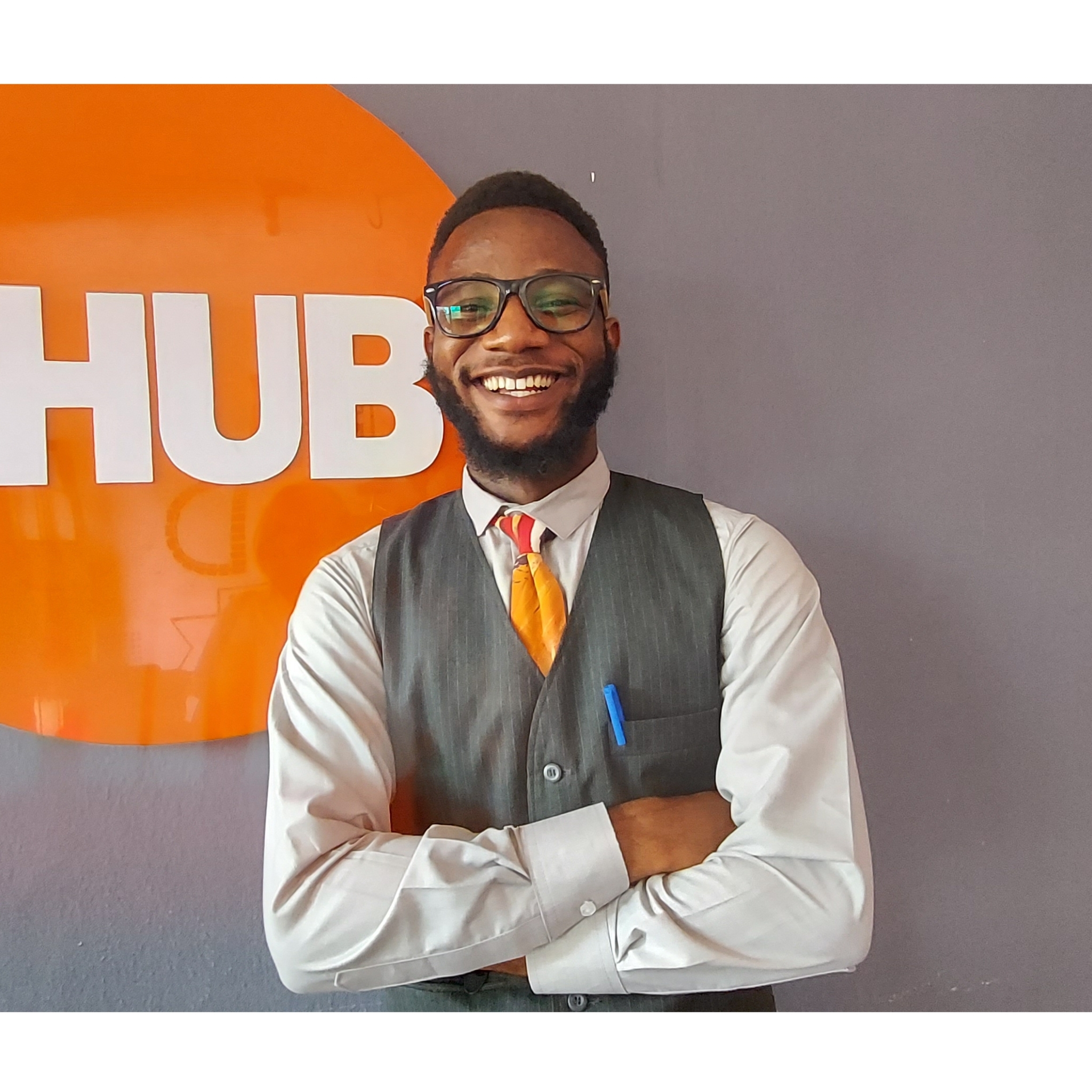 Muhammed is a graduate of Law and an experienced cross-sectoral Editor and Journalist with experiences spanning over 4 years. You can read his works here.

Newsagog.com is a multi-platform publisher of news and information.

Newsagog.com has earned a reputation as the leading provider of Nigeria & Africa news that improves the quality of life of its readers by focusing on politics, sports, education, business, lifestyle, entertainment and opinion.